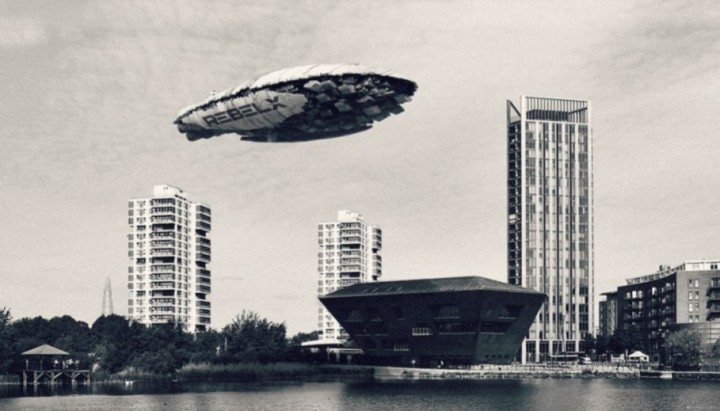 with the Empire’s agents closing in, the Rebellion have to evacuate. General Crix Madine has G-75 transports ready at Terminal HX-138.

DO NOT BE LATE.

Show your ranking with your scarf, and do not let your face be seen. 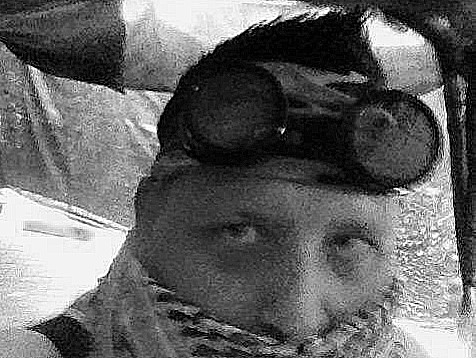 Validation papers will be prepared for you to collect.

Communication devices must be shielded throughout the evacuation to prevent tracking.

a friend had been to Secret Cinema when they did Back To The Future the year before, and had raved about the immersive nature of the event. part film night, part participatory theatre event, the organisers take over a location for a period of time (one hundred nights for their big events, although smaller, guerilla events also take place) and create a world as authentic as any film set or theme park, staffed by performers who are constantly in costume and in character. attendees are encouraged to come in costume themselves, and can spend time exploring the world, interacting with performers as they buy food and drink, and performing various tasks and missions. everything is guided towards a final location, where the relevant film is shown on the big screen, with interludes of live performance alongside.

secrecy is the key: like The Mousetrap, there is a moral contract made between organisers and attendees to not only play along, but to only reveal enough information to encourage the next wave of guests.

ordinarily, the film that the event is based around is part of the secret, at least until it starts appearing in the box office top ten! clues are laid out, and instructions for characters and costumes are given, and participants sign up for the experience hoping it’s the film they think, but not knowing for sure.

in 2015, that changed. The Empire Strikes Back was going to cost a pretty penny to show, and the setting was going to be the biggest, most challenging project the group had ever undertaken. needing to guarantee success, they announced the film before the tickets went on sale, and i knew i had to go, for one important reason:

i had never seen The Empire Strikes Back on the big screen.

it was actually the last of the original trilogy films that i saw at all. considering that i was three years old when it was released, the first time i remember watching it was when i was twelve (it may not have been the first time, but as i’d read the novelisation and absorbed the story through every other medium available, i find it hard to recall anything earlier!). in ’97 i was too timid to go to the cinema alone, and none of my uni friends wanted to go and see it, so eighteen years later i took my chance.

my character was Remus Skye, a Governor Of The Alliance – basically a politician. that annoyed the hell out of me, because not only did i not want to wear smart clothes, i also didn’t have the money to buy smart clothes that would look spacey enough! i began constructing a back-story, based on what costume i was going to be able to assemble. the short version is that Skye went into politics reluctantly after a military career, and still prefers to wear combat gear rather than anything formal.

there were plenty of people who spent more on their costumes than i did – and a handful of people who decided not to get fully involved, and came in their normal clothes – but that didn’t matter one bit. every participant was treated like they were part of the world, and whilst you got to choose how much you wanted to engage, not even those in jeans and t-shirts were left out.

my travelling companion was a former padawan of mine from my youth work days. Ryan became a good friend, even whilst he was still a teenager involved with our project, and even more so afterwards. after leaving South Devon, my next youth work job was in North London, and by a joyous coincidence Ryan got a training placement in the neighbouring borough not long after. both of us were busy, but we made sure we kept in touch and met up from time to time. i wanted to share the experience with someone who would go nuts for the idea, just like i had, and Ryan had to be the guy! just like that Surl Revan joined the rebellion.

much of the night itself is a blur. we were led from a rendezvous point and rushed through covered walkways towards the ‘terminal’, where we were ushered onto our transport. disembarking on Tatooine, our phones were sealed into foil pouches. ostensibly to prevent people leaking images from the incredible environment they had built, it had the added bonus that there was never a screen between me and the world i was in. i couldn’t document the wonderful production design, but that just meant i was fully present there, not as a tourist or an audience member, but a part of the rebel alliance (…and a traitor!). i heard a blaster go off, and turned in time to see Han Solo walk away from the slumped body of a Rodian at Chalmun’s Cantina. when stormtroopers arrived on the scene a moment later i was able to point them in the opposite direction from the way the Corellian had exited, although i did proudly confirm that Han shot first! i bartered with Jawas, managed to stay out of the Empire’s jail cells, stole a quiet moment in Ben Kenobi’s humble hut, and was able to trade for information that would help our cause. (i also left the first Aurebesh graffiti in the toilets, although i heard that more was added over time!)

after an evening in Mos Eisley and subsequent capture by the Empire (including a covert mission which i frankly didn’t quite get!), we were liberated in time to see the final briefing before the Death Star assault. audio transmissions from the last brave pilots of Red Squadron made it feel like their X-Wings were flying right over our heads, and on a giant viewscreen we saw the Death Star explode into stardust.

i think there was a live medal ceremony, but the excitement was so intense that i may have made that up! after years of telling Star Wars stories with toys in my room, with friends in the playground, and in the seclusion of my own mind, i was finally in it, and it was overwhelming.

so far, so Star Wars. it was so thrilling to be part of that world that it didn’t occur to me that none of the experience had been Empire… related!

as we – members of the Rebellion – celebrated our victory, we were led into an adjacent space with rows of chairs all facing a cinema screen, which seemed to have been assembled amidst scaffolding. although the event was transitioning into cinema, there were regular pieces of live performance on platforms within the scaffold. some were as simple as a cadre of stormtroopers filing down the sides of the space, marching to the rhythm of the Imperial March as it played on screen. others were more complex, none less than Luke and Vader duelling across the highest platform, before reaching the top of the screen. in perfect synchronisation with the film, Vader swung his blade, and Luke clutched at the stump of his hand; moments later, having crawled further towards the centre of the screen as the Sith Lord spoke, Luke let himself fall backwards, despairing, into the action playing out on the screen.

it feels odd to say that the bit of the night i remember least is the film.

whilst i would never argue with it being one of the best (regardless of which films are my personal favourites, in terms of cinematic achievement i think Empire… and The Last Jedi are the best-written, most surprising, and most accomplished films in the saga), it’s one that i feel less personally connected to. 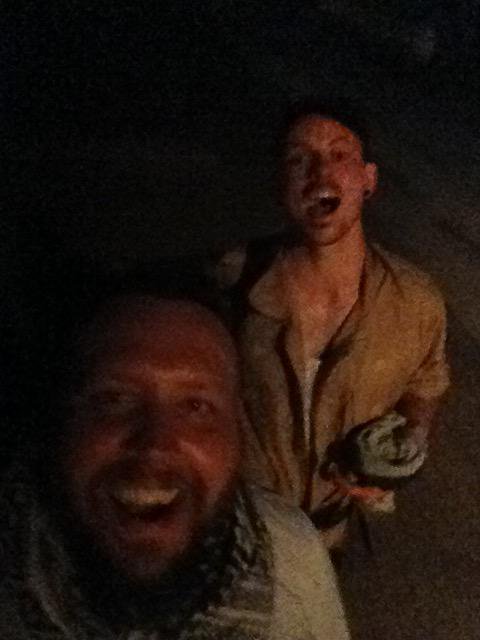 Ryan and i finished the night on an absolute high. for weeks it was all i could think about, and as the event stretched on through the summer i was tempted to go again, and kept an eagle eye out for any discounted tickets or competitions offering it as a prize. part of me wishes i had been able to document it at the time – it was the summer before this blog came into being – but most of me is glad that it will live only in my memory and in my bones.

i don’t know if Secret Cinema will ever return to the galaxy far, far away, but i know that i will find a way (probably a credit card, and six months of eating only supernoodles!) to be there if they do, and i would love to take my kids this time (there were families there when i went, and the cosplay was adorable!).

if a film or other property you love gets the treatment, invest in a ticket, because it will be worth it. they’re currently running a Stranger Things event, and friends who have been have loved it (my mate Robb is an excellent blogger, and has written about his recent visit here). 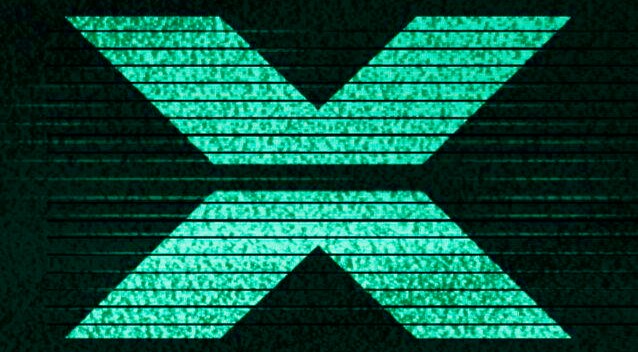